Cat Daddy and I decided not to bother with Dry January this year because, if you’re denying yourself something you like, January is just too difficult a month in which to attempt it. So we’re giving Dry February a go instead. February is just that little bit brighter and more hopeful, so embarking upon tough challenges somehow doesn’t seem quite so onerous. (Plus February is shorter.)

A friend recommended the “Dry January and Beyond” app to help track my progress, and it’s great apart from one thing: try as I might, I can’t enter my name into my profile. When I go into the settings and click on the name-changing bit, nothing happens. Now, this may not sound like la fin du monde, but I have selected one of my favourite Roi photos for my profile picture … and the generic default name alongside his photo is “null null null”. Which, unfortunately, is (pretty much) the French for “rubbish, rubbish, rubbish”. 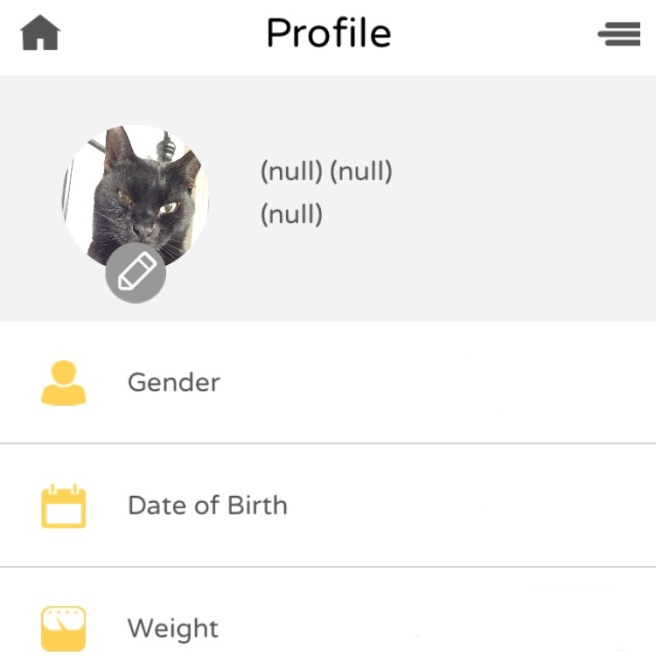 Cat Daddy thinks it’s the funniest thing ever to have the words “rubbish, rubbish, rubbish” next to a photo of Louis Catorze. “It’s what I’ve been telling you for ages!” he hooted. “But so what? It’s not as if he knows he’s being called rubbish.”

IT’S (KIND OF) FRENCH. HE’S FRENCH. OF COURSE HE WILL KNOW.

“Or,” Cat Daddy continued, “if YOU don’t care about being called rubbish, you could just upload a photo of yourself instead.”

“Oh. My. God. You don’t HAVE any photos of yourself, do you? Your camera roll consists ENTIRELY of cat photos!”

Anyway, I have contacted the good citizens of Dry January and Beyond to ask them how to change the name, although, naturellement, I have pretended that it’s I who objects to being called rubbish. I couldn’t really say “My royal French cat, Sa Majesté Louis Catorze, Le Roi Soleil, is highly offended at the très mal-fortunate juxtaposition of le portrait royal et l’insulte” because that might have sounded silly.

As for Catorze, I am hoping that his spelling is better than his, erm, other intellectual capacities, and that the slightly offish orthographe* will delay his realisation somewhat. Calling a monarch “rubbish” – three times, no less – is surely an act of high treason, punishable only by the guillotine?