Cat Daddy and I have spent a disturbing amount of time monitoring Louis Catorze to try and understand his tail-chasing habit. And, yes, this has been just as dull as it sounds, with the exception of the unsettling moment when he actually HISSED at his own tail.

The strange thing is that Catorze doesn’t appear to be going for his tail in response to anything physical. It seems that the SIGHT of the white bony bit – which stands out against his black fur – is what triggers him, perhaps because he thinks something is stuck to his tail, or because he thinks the white blob is a worm or a bug. And this is most odd as he’d surely have had to go for the tail a few times in the first place, in order to thin the fur and expose the white bony bit? 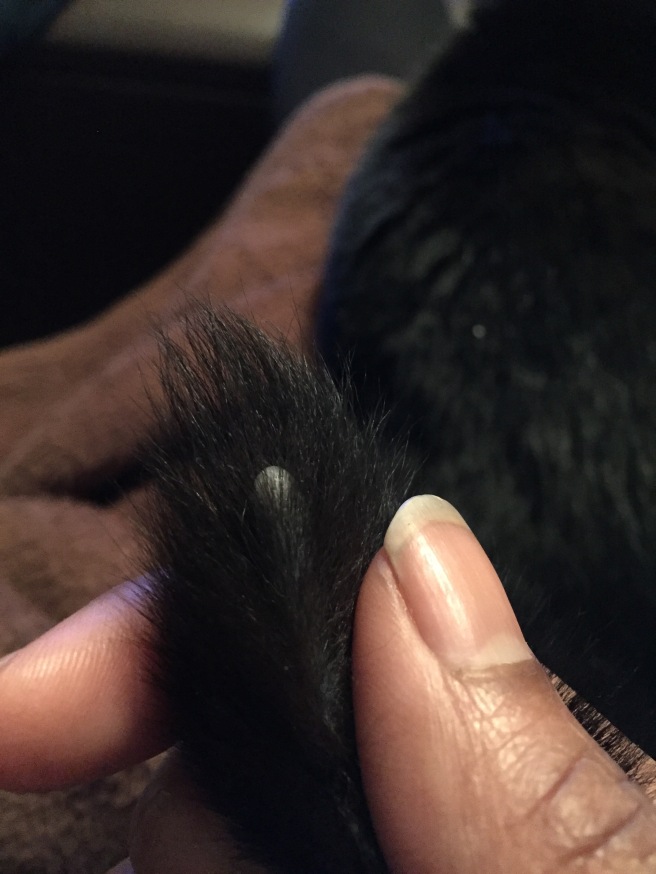 “Which do you think came first: the tail-chasing or the white bony bit?” I asked Cat Daddy.

“I don’t know,” he replied curtly, not even looking up from his laptop, “but I bet historians and scientists the world over are agonising over it.”

“It’s right up there with all the other ‘Which came first?’ debates: the chicken or the egg, life on earth or a habitable environment …” Cat Daddy’s voice trailed off, his eyes remaining down.

I thanked him for his insightful comment and bade him good day – although I couldn’t resist Googling both the chicken and the egg and the life on earth thing, as soon as I left the room.

The question now is: what do we do about it? Short of colouring the white bony bit with black marker pen – Cat Daddy’s idea, and he wasn’t joking – we can’t think of a single feasible solution.

Are there any historians or scientists out there? A little help, s’il vous plaît?