Chinese New Year officially begins today and it’s the Year of the Dog, which will be rather displeasing to many of our feline overlords. However, Louis Catorze, being quite cordial towards dogs even if the feeling isn’t mutual, has both accepted this with good grace AND chosen to make a peace offering to his sparring partner next door: 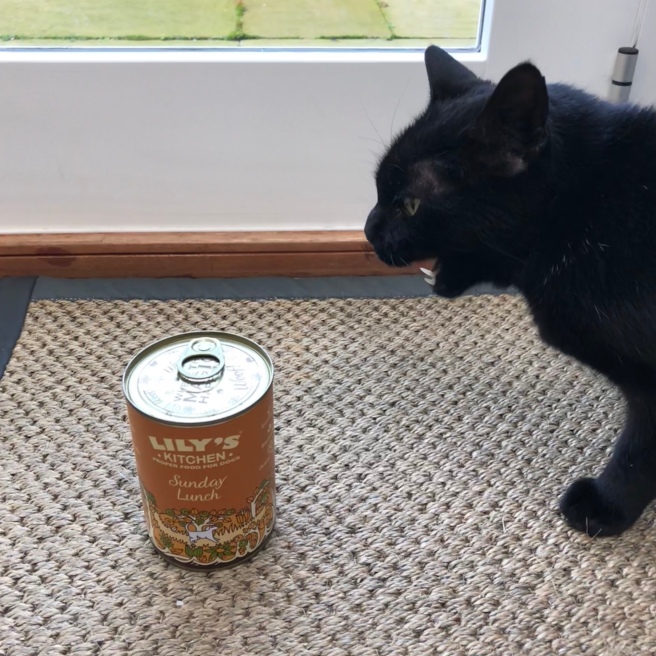 Whilst I am not a great believer in the western zodiac, nor in the characteristics attributed according to one’s date of birth, Chinese New Year made me curious about Louis Catorze’s corresponding Chinese horoscope animal. And, being born in 2010, it turns out that he is likely to be … a Tiger. No joke. (Cat Daddy spat his tea all over his laptop when I told him.)

This is what l’internet says about those born in the Year of the Tiger:

– Brave [Catorze takes on larger animals of any kind, without hesitation, so OUI]
– Competitive [although this rather depends on the nature of the competition; if it’s “Who can be the biggest and most annoying crotte de merde in the land?” then OUI]
– Self-confident [OUI]
– Charming [OUI]
– Well-liked by others [provided we don’t count dogs or Ocado delivery drivers among the “others”, then OUI]
– Impetuous [see “Brave” above: OUI]
– Over-indulged [I suppose having a house built and furnished to his specifications, food flown in from Canada and a savings account for his healthcare could possibly, by some people’s interpretation, be seen as “over-indulged”, so OUI]

Louis Catorze wishes everyone, especially all dogs, a joyous and prosperous year ahead. And he would love to know all about your feline overlords’ Chinese horoscope animals and whether the characteristics are a good match!