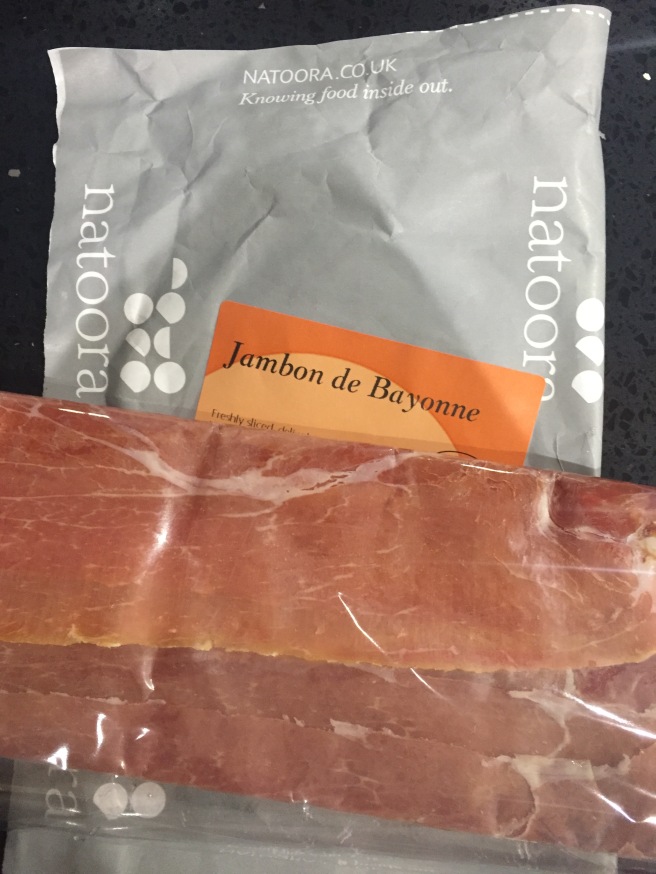 On Saturday I was caught unpacking the 2 packs of jambon de Bayonne that I’d secretly ordered from Ocado to give Louis Catorze a bit of variety in his Trojan Horse canapés. Cat Daddy busted me before I could stuff them into the back of the fridge, and said, “You’d better not tell me those are for HIM.” So I remained silent and didn’t tell him.

We are still in disbelief that the torturous days of the Greco-Roman pilling are behind us. We feel so much more relaxed, not just about the dosing itself but about the prospect of not being around for a dose or two and leaving someone else temporarily in charge. Much as Houseguest Matt and Oscar the dog’s folks love Catorze, it just wouldn’t be fair asking them to experience the brute force method. Whereas absolutely anyone could administer the pills via the Trojan Horse method – yes, it’s THAT easy.

“The only minor awkwardness,” said Cat Daddy, “is going to be telling potential cat sitters that we have a preference for using jambon de Bayonne over prosciutto di Parma because our cat is French. But you can tell them that bit.”

There is, however, a technique to it. Firstly, Catorze has to be a little bit hungry in order to guarantee success, so we can no longer leave his biscuits out for him to graze all day. The wrapped-up pill parcels have to be as small as possible. And the meat has to be pressed tightly around the pill – rather like hand-made ravioli – to prevent it from unrolling as he eats. It also helps to know the consistency of different cured meats: supermarket prosciutto sticks together better but it’s stringier, whereas jambon de Bayonne needs firmer pressing to make it stick but it’s easier to peel off a nice, neat piece that gives decent coverage.

Once these elements are mastered, you will literally have the little sod eating out of your hand.

I haven’t yet experimented with jamón Ibérico to ascertain its suitability for the Trojan Horse method, but I will do so soon. Nothing is too good for a sickly Sun King – not even acorn-fed, free-range, organic piggies at £21 per 100g.